SHRI KANAYALAL CHANDUMAL MAKHIJA (Ex. Chairman of Sanmit Infra Limited) -B.A. Graduate from Jai Hind College Mumbai. In 1960 he started his business with Indian Oil Corporation Limited and became one of the Biggest Dealers selling 6000 KL per month of Kerosene.
In the year 1968, SHRI KANAYALAL MAKHIJA was appointed authorized dealer by ESSO Inc. (an American Company) which was taken over by Government of India under the parliamentary act, which was later formed as Hindustan Petroleum Corporation Limited in 1975. He was appointed as an authorized dealer of M/s. Hindustan Petroleum Corporation Limited in the year 1977 for the distribution of various Petroleum Products, which includes PDS Kerosene, Light Diesel Oil (LDO), Furnace Oil (FO) and all Lubricating Oils including Base Oils. It was started in a modest way and gradually the agency soon evolved as one of the largest resellers of petroleum products on all India basis with present sales of more than 15000 KL/MT of LDO and Furnace Oil per month.
Of our principal Messrs Hindustan Petroleum Corporation Ltd. a Government of India Enterprise with a Navratna Status, and a Forbes 2000 with Global Fortune 500 company. With it’s few notable subsidiaries, M/s. Haresh Agencies has an aggregate turnover of Rs.625 Crores for the Financial Year 01/04/2014 to 31/03/2015, with the record-breaking highest ever. HPCL has appreciated the significant contribution by awarding Haresh Agencies with a trophy on 17th April 2015 by the Chief Regional Manager of HPCL. Shri Kanayalal Makhija also heads Sanjiv Service Station HPCL retail outlet (Petrol Pump) at Deonar.
In addition to this Shri, Kanayalal Makhija has a fleet of Tankers, having the capacity of 10, 17, 21 & 25 KL. Today, the Makhija Group of Companies has in-house sales representatives to ensure effective customer service. Their sales network in Maharashtra at Nagpur, Taloja, Navi Mumbai, Thane, Ahmednagar, Aurangabad and Kolhapur and also in Gujarat where it has penetrated into Vapi, Silvassa, Daman, Sarigam, Valsad with its own sales representatives in different areas. M/s Haresh Agencies also has a strong sub-dealers for enhancing its sales volume.
Today it has a full network of Office Premises / Management Staff / Sales Staff / Office Staff/ Tankers/ Distribution Staff who are handing successfully since the last 50 years, with its own fleet of Tankers, M/s Haresh Agencies is able to supply standard quality and correct quantity of HPCL products with prompt delivery service.
M/s Haresh Agencies motto is “Best Consumers Care and Service” strive for the best in years to come. 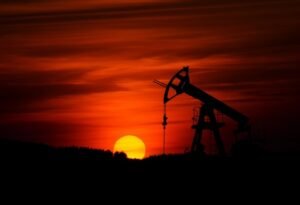 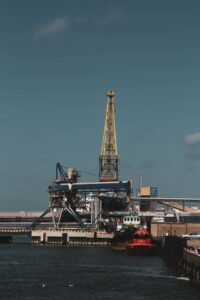 A lubricant is a substance, usually organic, introduced to reduce friction between surfaces in mutual contact, which ultimately reduces the heat generated when the surfaces move.

Light diesel oil, or LDO, is a blend of components from the distillation process of diesel. It is used in engines with an rpm less than 750, such as boilers and furnaces. LDO is also referred to as distillate fuel or marked oil since it is marked with a coloring substance.

Base oil are used to manufacture products including lubricating greases, motor oil and metal processing fluids. Different products require different compositions and properties in the oil.

We at SANMIT INFRA LTD are proud to introduce ourselves as one of the leading and reputed suppliers of Light diesel oil, Furnace oil and Bitumen to various Industries in and around Maharashtra and Gujarat.
We take this opportunity to inform you that we have now started importing Bitumen 60/70 and 80/100, from a reputed refinery in IRAN. We can supply the above product in the barrel and/or in tanker load as per your requirement.
We have also arranged to provide Value added products like Emulsion, Polymer and Crumb Rubber modified Bitumen and other paving grades like 10/20 or any other customized grade that you may require.
It would be highly appreciated if you could give us a chance to serve your company with our best services. Our Sales Executive will contact you shortly for further discussion according to your convenience. If you have any product related queries, please feel free to contact on 022-67429100 or mail us on [email protected] awaiting your valued inquiry to give you our best offer.
Thanking you in anticipation and looking forward to a long-lasting mutually beneficial business relationship with your esteemed organization.